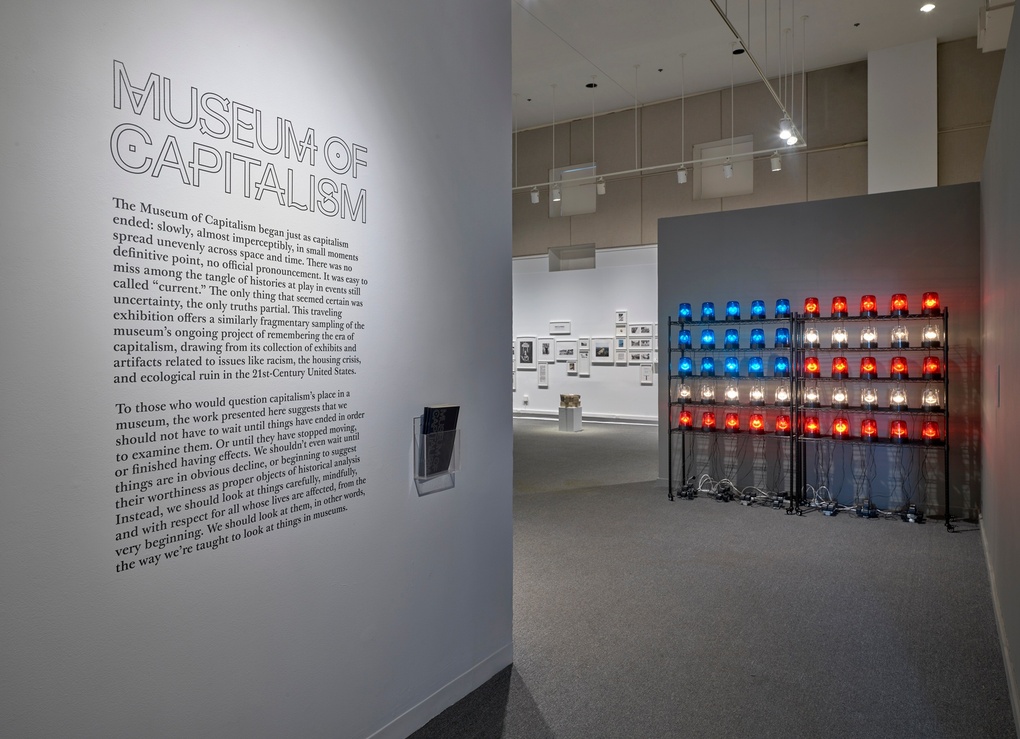 The Museum of Capitalism is an institution dedicated to educating present and future generations about the history, philosophy, and legacy of capitalism through exhibitions, research, and publications; through collecting and preserving material evidence, art, and artifacts of capitalism; and through varied public programming. The museum’s programs result from collaborations between researchers, curators, artists, designers, filmmakers, writers, economists, historians, scientists, and non-specialists from all walks of life, including those with direct experience in capitalism. The museum opened its inaugural exhibition in Oakland in 2017 with a series of multimedia installations created by a diverse network of artists, scholars, and ordinary citizens exploring the historical phenomenon of capitalism and its intersections with themes like race, class, and environment in the United States.