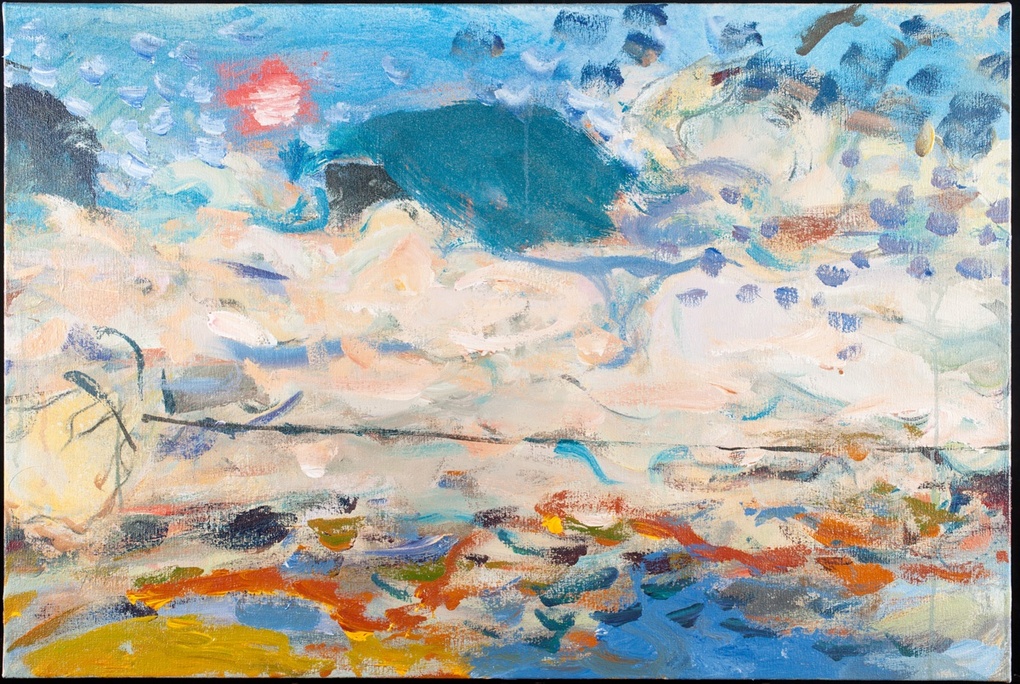 During the academic year of 1982–1983, Yuan Yunsheng was artist-in-residence at Tufts University. Over the course of his stay in Medford, he created the 74-foot-long mural cycle, Two Ancient Chinese Tales—Blue + Red + Yellow = White?

Yunsheng conceived of the mural as a continuous composition spanning five large canvases and one smaller canvas on a certain wall in what was then Wessell Library’s Reserve Room. When renovations of Wessell Library began in 1994 Two Ancient Chinese Tales—Blue + Red + Yellow = White? went into storage. Following a tireless campaign led by Tufts community members and other Yunsheng supporters in the United States, the mural was re-installed on campus in 2011. However, the new location, in a stairwell at Tisch Library, necessitated display of the mural on three separate walls, compromising the integrity of work’s narrative. This exhibition shows the mural as a single entity, as close to the intended display conditions as possible.

The story told by Two Ancient Chinese Tales—Blue + Red + Yellow = White? is one of destruction and rebirth. As indicated by the title, the mural references traditional Chinese myths, but has re-interpreted them to reflect modern historical narratives.